Award win for EPIC at the VIXIO Global Regulatory Awards

EPIC Risk Management has landed its second major award in as many weeks, having been named as the Responsible Gambling Service or Solution Provider of the Year at the VIXIO GamblingCompliance Global Regulatory Awards 2022.

Just a week after the company’s CEO Paul Buck received an Entrepreneur For Good Award at the Great British Entrepreneur Awards, around 300 delegates watched on as the VIXIO GamblingCompliance Global Regulatory Awards recognised excellence, with EPIC being crowned winners of the Responsible Gambling Service or Solution Provider of the Year award on a special night at the De Vere Grand Connaught Rooms in London.

The ceremony is a celebration of individuals, teams, and businesses within the compliance and gambling industry. Judged by an independent panel of leading industry experts, it means being nominated or winning is a clear demonstration of excellence and commitment to responsible gambling and regulatory compliance. The prestigious and star-studded Global Regulatory Awards recognise and reward individuals and teams who work tirelessly to set new standards in compliance and responsibility across the global gambling industry.

EPIC Risk Management’s Safer Gambling team were delighted to collect the award on the night, which included director of safer gambling Dan Spencer and harm prevention managers Alan Smart and Craig Cornforth, as well as sustainability manager Jo Whitehall. They were also joined on stage by EPIC’s research manager Anca-Maria Gherghel and CEO Paul Buck, who spoke of his delight in the recognition EPIC have received through the latest award, as he explained:

“We are very proud that our safer gambling offer has been recognised in a category which included some fantastic service providers, including our friends and partners from Mindway AI, with whom this team is delivering some fantastic project work.

“The team at EPIC provides an industry-leading array of education, awareness, independently accredited training and board-level advisory to a range of globally-renowned companies. The judges have evidently recognised this, describing us as ‘a company who has shown innovation and evidenced impact in preventing gambling harm’.

“This is a very welcome description as it describes exactly what we set out to do via our safer gambling offering. I would like to thank the team that continues to deliver in this regard on a daily basis.” 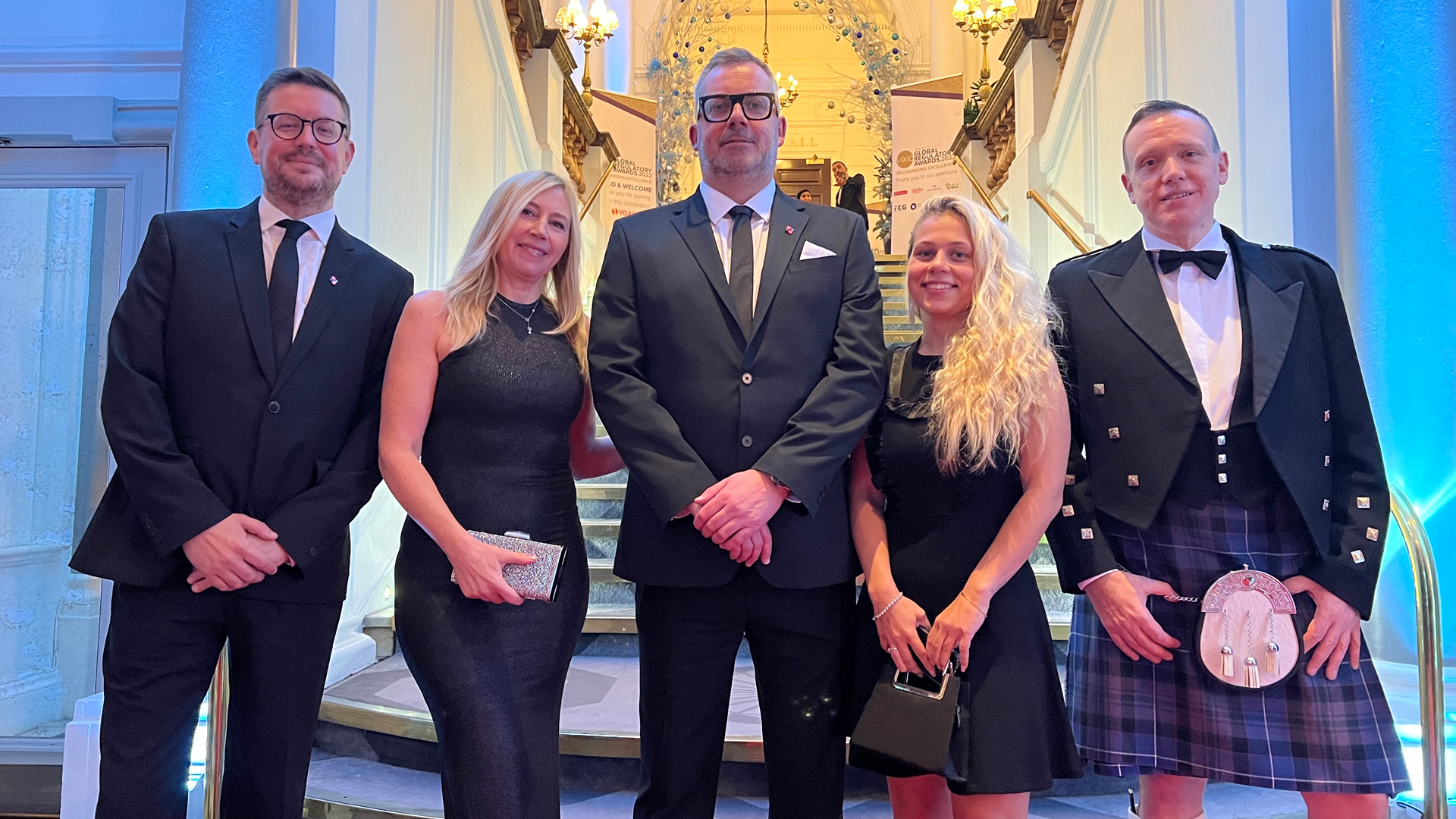