EPIC Risk Management has always sought to be a globally-leading institution, but winning a World Cup this week is an unexpected way to prove it!

Thanks to seven of the EPIC Risk Management team with a second skillset at their feet, the gambling harm minimisation consultancy has come away from London this week as champions in an altogether different sector, having won football's Corporate World Cup, presented by the Corporate 5s Cup.

Based at the Trent Park Football Centre in north London, a stellar line-up of blue chip companies were among the opposition for the EPIC line-up, with the tournament field including household names such as Red Bull and Reddit.

Goals came from almost every outfield player in the group stage, with a Foster hat-trick setting the tone in a 7-3 victory against Onside Hospitality, before former Wales U21 international Williams showed exactly why he’s been a goal threat in senior British leagues for years, with four and six respectively as Square In The Air and ApTap were both beaten in high-scoring affairs.

His scoring run continued with hat-tricks in both the quarter final and semi final, where Elite Skills Arena were eventually seen off following a marathon penalty shoot-out, in which even our keeper Matt Hennessey was called upon to score twice to keep the dream alive!

Having made the final against KRS Recruitment (see line-up photo below), EPIC saved the best until last, fending off a quality side with a fine 8-3 triumph. 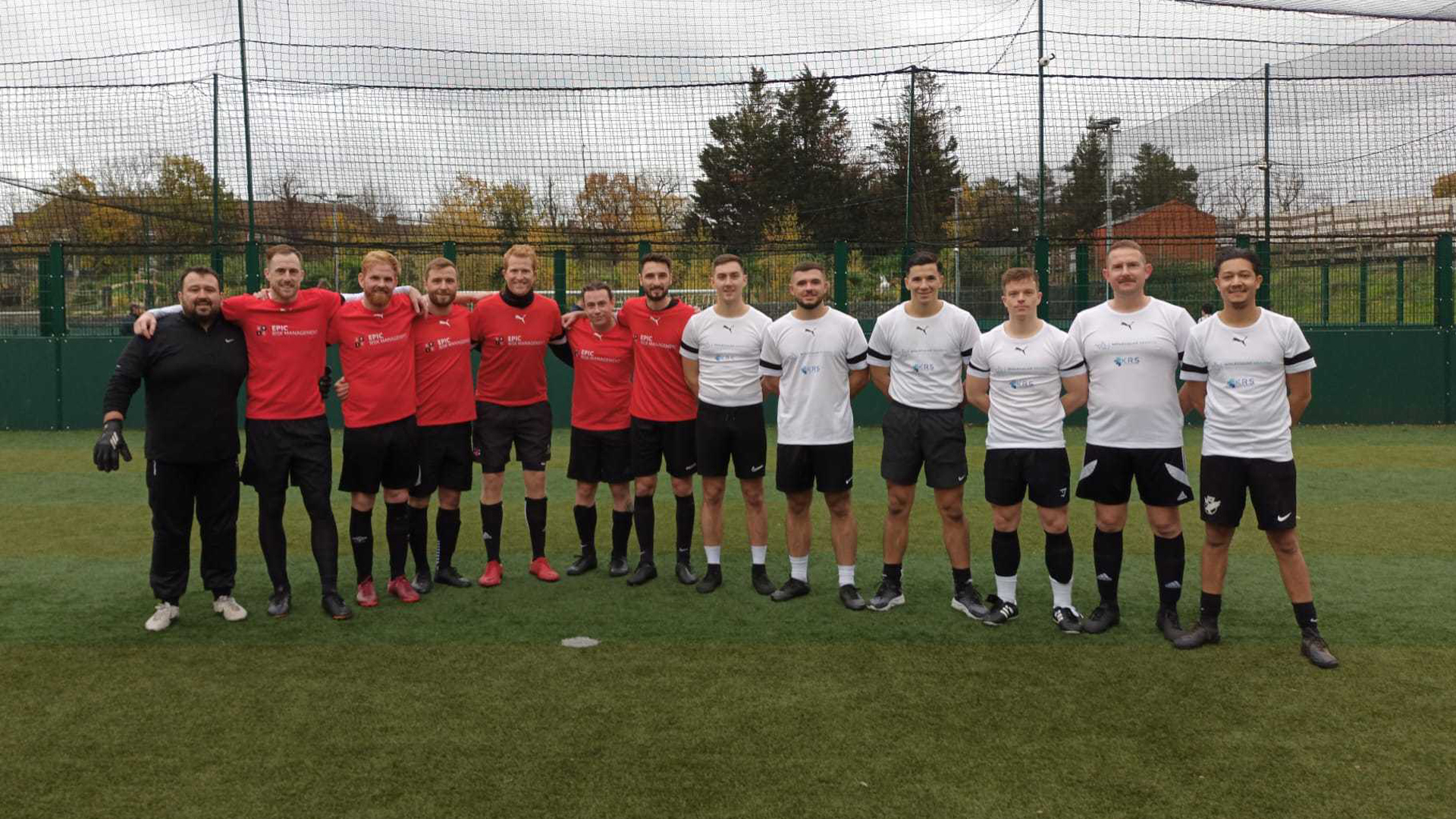 The goals came from all angles, with Williams, Mason, Foster and newly-appointed Slough Town manager Davies all contributing, ending a fine day in which the team fired in 40 goals across six games to land the trophy, which will now take pride of place back at the company's head office.

It undoubtedly proved to be a perfect team-building day for all involved, with head of business development Mike Holinski - who coordinated the EPIC team's entry - reflecting:

“It was great to enter an EPIC team into this year's Corporate 5s World Cup tournament.

"We are obviously delighted to win the tournament and bring the trophy back to EPIC HQ, but more importantly it was a fun team-building day bringing together people from different areas of the business; a perfect alignment with the company's wellbeing strategy.

”Overall it was a brilliant team performance and everyone played their part, ensuring we went the whole tournament unbeaten.”